‘I Have to Set an Example’: Student-Citizen-Soldier Dreams of Owning an IT Business

“At Self, I was able to incorporate everything I learned in class in the real world,” she said.

Those technical skills also served her well last year when she completed a nine-month deployment to Poland, where she served as a satellite operator.

“In Poland, we were more welcomed than I thought we’d be. … I also did some traveling,” Triplin said, spending time in Romania, the Czech Republic, Slovakia and Germany.

Deployment comes with its challenges, and Triplin said that being away from her family for a long period of time is the hardest part. A Greenwood resident since her family moved here in the second grade, Triplin also missed the warmer climate of the southern United States.

“I never adjusted to the cold in Poland,” she said. “But during a deployment, once you start doing things and going on missions and stuff, time starts to fly by.”

Triplin’s military journey began about five years ago when, as a student in her first semester at PTC, she was introduced to a recruiter at the college’s annual spring job fair. Soon after, she enlisted in the ARNG, which is a branch of the military comprised of citizens who train part-time near their homes until they are needed for active deployment.

“I drill one weekend a month and attend an annual two-week training, usually in the summer,” she said.

To pay for school, Triplin receives a monthly stipend from the VA, as well as funding from the National Guard College Assistance Program and Pell Grant. “I would never be able to pay for school myself,” she said.

Although she looks forward to more deployments, Triplin does not currently aspire to make a full-time career in the Army. That’s because she believes she can make more money with the degree she’s earning in the civilian sector, perhaps even owning her own IT business. Still, as she continues to advance in the ARNG, Triplin understands the need to step up and be a leader. 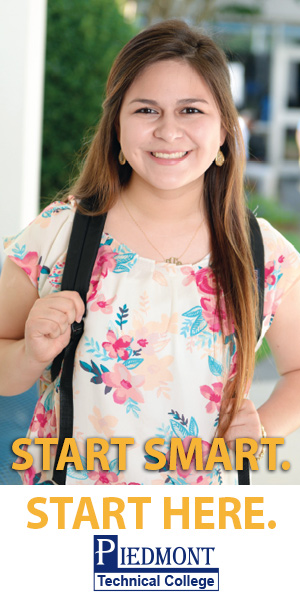 Get started on your certificate or degree today.

Read
Where Do You Want to Go?